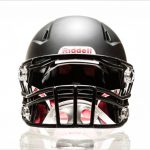 Football helmets have simultaneously become symbols of both the toughness of the competition as well as the immense dangers of the sport. They are also the subject of some recent patent challenges involving several familiar names of helmet manufacturers.

A few short weeks into the football season and viewers have likely already witnessed more injuries than they probably care to see. With the announcer reminding the audience of the certified athletic trainers monitoring the game after every head-jarring tackle or helmet-to-helmet collision, the inevitable risk of concussion is always near the forefront of fans’ minds.

In Patent Litigation This Season, the Football Helmet is Also Making an Appearance

On August 19, 2016, the Kranos Corporation—better known as helmet and equipment manufacturer Schutt Sports—filed three Inter Partes Review petitions against competitor Riddell, Inc. Undoubtedly the petitions were a response to pending litigation in the Northern District of Illinois between the two parties (Case 1-16-cv-04496) filed by Riddell last April. In that case, Riddell alleges infringement by Schutt of U.S. Patent Nos. 8,938,818 and 8,528,118, each entitled “Sports Helmet,” as well as Riddell’s U.S. Patent No. 8,813,269, entitled “Sports helmet with quick-release faceguard connector and adjustable internal pad element.” One report has Riddell commenting that they are “enforcing [their] intellectual property portfolio when competitors unfairly use [Riddell’s] patented technology,” while Schutt contends that “the suit has no merit and appears to be a desperate attempt by a struggling competitor to attack the market while it faces product liability and other challenges throughout its business.”

The ’118 and ’818 patents were issued in January 2015 and September 2013, respectively, but both claim a priority date of May 2002. The two patents are also the subject of another lawsuit between Riddell and another competitor, Xenith, LLC (Case 1-16-cv-04498), who is petitioning for joinder of the cases and is likely watching the IPRs closely. The ’118 patent was involved in a 2015 infringement suit against Rawlings Sporting Goods Company, Inc. (Case 1-15-cv-00071), which appears to have been settled by the parties. The ’269 patent has claims that focus on a “quick release” faceguard connector, shares a couple inventors with the other patents, but was filed in April 2008 and claims priority to the year earlier. Riddell alleges Schutt is using the claimed technology on all helmets featuring their quarter-turn facemask release system.

Looking at the Helmet Technology

On first impression, the patents’ claims do not necessarily conjure mental images of anything beyond a typical football helmet. For instance, one of the alleged prior art references Schutt points to as disclosing the ’118 and ’818 patents is a photograph from Sears’s “Wish Book For The 1971 Christmas Season Catalog” featuring a pair of football helmets allegedly each with a front, a rear, vent openings, face guard connectors, and a raised central band, apparently similar to what is claimed. While the 1971 reference might be used partially as hyperbole to over-simplify the features of the patents, it certainly highlights the relative mundaneness of the helmets at issue. This is contradictory to today’s football helmet technology itself, which is in the midst of a boon.

Because of the persistent talk of concussions and more awareness of brain injuries like chronic traumatic encephalopathy (CTE), most people in the equipment technology are focused on ways to reduce the rattling and/or impact of the brain with the inside of the skull. While laymen might demand harder, stronger helmets, engineers are developing ways to cushion and absorb the impact. Interior padding and points of contact are areas with the most advancement.

At the essence of helmet collisions is Newton’s second law: force equals mass times acceleration. The force on the helmet and head can be reduced by slowing down the deceleration of the helmet. For instance, vehicles utilize “crumple zones” that absorb the impact by slowing the collision. Football helmets adopting crumple zones present practical problems, but the concept of impact absorption is certainly applied.

For instance, one popular helmet, Riddell’s SpeedFlex utilizes a polycarbonate shell and features a “built-in hinged rubber-padded panel located on the front near the top” that can give up to 6 millimeters to help absorb an impact. The U-shaped front panel that acts as a cantilever is immediately recognizable when game broadcasts zoom in on the helmets of running backs, safeties, and other players who find themselves leading with their heads too often. Not quite a crumple zone, but the concept is that the hinged front panel will move upon collision and extend the time of deceleration during impact, thereby reducing the force felt and, hopefully, any resulting brain movement. The SpeedFlex was awarded 5 stars by Virginia Tech Helmet Ratings.

Another helmet highly rated by their research is the Schutt Air XP Pro VTD II model, which boasts “TPU Cushioning in a classic, traditional helmet shell.” With TPU, thermoplastic urethane is introduced instead of (or in addition to) traditional foam padding inside the helmet. TPU is considered to handle temperature swings—hot and cold—much better than usual foam padding and is reportedly adapted from military helmet tech.

Both the EPIC and X2E helmet models from Xenith are accused in the infringement suit and are highly rated. The X2E boasts TPU comfort pads that feature vinyl nitrile (VN) foam, which many football (and hockey) players believe to be more comfortable. The padding of the helmets utilize “shock absorbers” which release air upon linear impact and also features a “shock bonnet suspension” system that moves independently of the shell to hopefully reduce the effects of rotational forces.

One product in development gaining attention is a neck collar developed by Q30 Innovations which hopes to “facilitate the body’s own physiology to create a bubble-wrap effect for the brain.” The Q-Collar, worn in addition to a helmet, compresses the jugular vein to “mildly increase blood volume in the cranium, creating a ‘tighter fit’ of the brain in the cranium” and reduce rattling or “slosh.”

The Role of Pro Football

Safety innovation is important, but the recent patent litigation initiated by Riddell may stem from growing competition in the professional market. Riddell had an agreement to be the official helmet of the NFL from 1989 up until 2014 when the NFL was worried about the implications coming with selling exclusive branding rights during a time focused on brain injuries. During that time Riddell was the only permitted logo on helmets and it was estimated they had 90% of the market share, but beginning in 2014 Schutt believed they had 36% of NFL players and 50% of the skill position players who evidently prefer some of the smaller, lighter helmets they offer.

Of course, Riddell and Schutt Sports have previously been involved in litigation over “concussion reduction technology” which resulted in a jury awarding Riddell $29 million in August 2010, Schutt filing for Chapter 11 bankruptcy, and a settlement between Schutt and Riddell of a mere $1 million.

The high stakes world of brain injuries in football will continue to make news with former NFL players petitioning the U.S. Supreme Court to reject the $1 billion settlement of the concussion class action lawsuits because future CTE diagnoses are apparently not compensated and that subgroup of the class is not be treated fairly by the settlement. Several helmet manufacturers are involved in litigation regarding brain injuries at various levels of the game.

As football is not going anywhere, it is clear that technology is urgently needed to improve. It is important that these rivals keep competing as a de facto monopoly could potentially discourage innovation in helmet and equipment safety. New competitors, more studies, and increased funding from the NFL should lead to safer helmets for the next generation of football players. However, the only thing all manufacturers appear to agree on is the necessity of large warning labels and disclaimer statements that the only sure-fire way to avoid brain injury is to avoid playing the sport.