3D printing is sometimes referred to as Additive Manufacturing (AM). In 3D printing, one creates a design of an object using software, and the 3D printer creates the object by adding layer upon layer of material until the shape of the object is formed.  The object can be made using a number of printing materials, including plastics, powders, filaments and paper.

There are a number of 3D printing technologies, and this article provides an overview of those technologies.

Stereolithography makes use of a liquid plastic as the source material and this liquid plastic is transformed into a 3D object layer by layer1.  Liquid resin is placed in a vat that has a transparent bottom.   A UV (UltraViolet) laser traces a pattern on the liquid resin from the bottom of the vat to cure and solidify a layer of the resin.  The solidified structure is progressively dragged up by a lifting platform while the laser forms a different pattern for each layer to create the desired shape of the 3D object3. 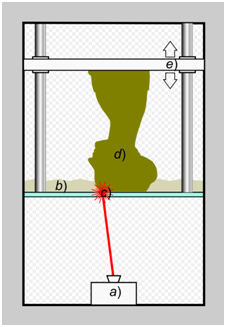 Schematic representation of Stereolithography: a light-emitting device a) (a laser or DLP) selectively illuminates the transparent bottom c) of a tank b) filled with a liquid photo-polymerizing resin. The solidified resin d) is progressively dragged up by a lifting platform e)
Source: https://en.wikipedia.org/wiki/Stereolithography

3D printing DLP technology is very similar to Stereolithography but differs in that it uses a different light source and makes use of a liquid crystal display panel1.  This technology makes use of more conventional light sources and the light is controlled using micro mirrors to control the light incident on the surface of the object being printed. The liquid crystal display panel works as a photomask.  This mechanism allows for a large amount of light to be projected onto the surface to be cured, thereby allowing the resin to harden quickly1.

With this technology, objects can be built with production-grade thermoplastics1.   Objects are built by heating a thermoplastic filament to its melting point and extruding the thermoplastic layer by layer.   Special techniques can be used to create complex structures.  For example, the printer can extrude a second material that will serve as support material for the object being formed during the printing process1.  This support material can later be removed or dissolved. 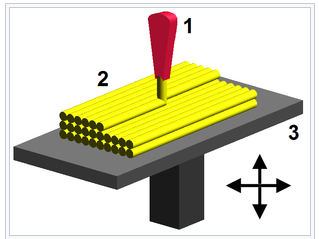 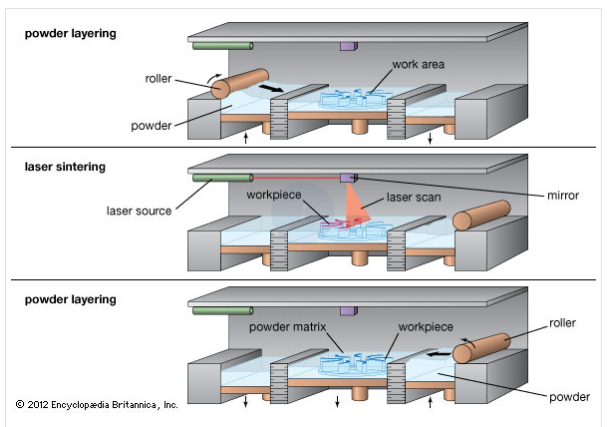 This technology is also much like SLM. However, it makes use of an electron beam instead of a high-powered laser1.  The electron beam fully melts a metal powder to form the desired object.   The process is slower and more expensive than for SLM with a greater limitation on the available materials.

This is a rapid prototyping system. In this process, layers of material coated with adhesive are fused together with heat and pressure and then cut into shape using a laser cutter or knife1,2.    More specifically, a foil coated with adhesive is overlaid on the previous layer and a heated roller heats the adhesive for adhesion between the two layers.  Layers can be made of paper, plastic or metal laminates1. The process can include post-processing steps that include machining and drilling.  This is a fast and inexpensive method of 3D printing1.  With the use of an adhesion process, no chemical process is necessary and relatively large parts can be made2. 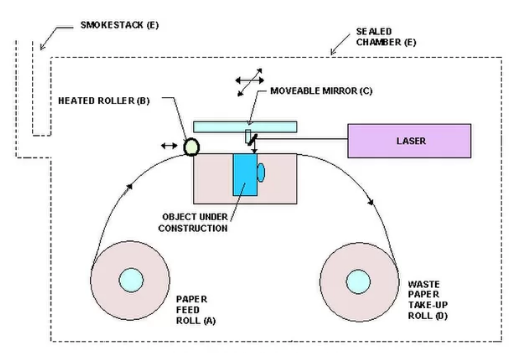