Artificial Intelligence and its Potential Implications on Patents

Artificial Intelligence and its Potential Implications on Patents 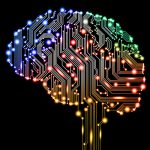 Artificial Intelligence (AI) is a technology that has seen a profound rise in attention within the last few years.  The increase in the technology’s media coverage has been the result of consistent progress made in improving its capabilities. The expansion of AI’s capabilities has fostered its adaptation into areas such as business, medicine, and automotive. The concept of AI was once the subject of imaginative thinking found in the realm of literature. Stories ranging from Mary Shelley’s Frankenstein to 2004’s David Mitchell novel Cloud Atlas all address the concept of and questions surrounding AI. A machine’s adaptation of cognitive functions that are associated with the human mind, functions such as understanding of language, problem-solving, and learning, are what classify it as AI.

The origin of Artificial Intelligence (AI) can be traced to the works of Leibniz, Boole, and Turing to name a few. The field of modern AI research was born at a famous 1956 conference at Dartmouth College from the work of five scientists from Carnegie Mellon, MIT, and IBM: Newell, Simon, McCarthy, Minsky and Samuel. They predicted that machines would be able to perform any work that a human can perform within a generation.  The field of AI has grown dramatically in the last 60 years producing many commercial products and services along the way.

Some basic technologies that comprise AI include:

These are algorithms that provide a type of search allowing users to combine keywords with operators such as AND, NOT and OR to further produce more relevant results. For example, a Boolean search could be “receiver” AND “cable box”. This would limit the search results to only those documents containing the two keywords.

NLS comprises algorithms that perform searches by identifying content that matches a topic described by a user in plain language.

Machine learning is a method of data analysis that automates analytical model building. Using algorithms that iteratively learn from data, machine learning allows computers to find hidden insights without being explicitly programmed where to look.

A representative commercial AI platform is IBM Watson, a cloud-based AI product that provides Application Program Interfaces (APIs) that “can understand all forms of data to reveal business-critical insights” harnessing “the power of cognitive computing.” APIs are organized into various products for building cognitive search and content analytics engines; configuring virtual agents with company information, using pre-built content and engaging customers in a conversational, personalized manner, and building applications to discover meaningful insights in unstructured text without writing any code.

We see examples of AI in our daily lives, from Apple’s Siri engaging in interactive dialogue with iPhone users to Amazon’s Alexa placing an order for toilet paper at our beckoning. Paying bills by phone or making a customer service inquiry online will bring them face to face with a computer algorithm designed to address their very needs. Voice recognition and text analyzing software has allowed service providers to pinpoint their customers’ exact needs. This ingenuity has also translated to AI applications being programmed with emotional intelligence that allows it to tailor responses based on a customer’s behavior.

AI is consistently being programmed to become smarter than human beings, sometimes becoming more efficient at doing human jobs. In medicine, AI has been used to identify skin cancer in patients by using a Google-developed algorithm to classify 130,000 high-resolution images of skin lesions representing over 2,000 different diseases. The algorithm was able to match the performance of twenty-one dermatologists in correctly identifying benign lesions. An AI system designed to imitate the human brain’s capacity for vision has been found to be able to diagnose congenital cataracts using 410 images of children with the disease, and 476 images of children without it. The system and three ophthalmologists looked at 50 cases involving a variety of medical situations designed by a panel of experts to be challenging. The AI system correctly diagnosed all of the cases while each of the three ophthalmologists missed one case.

With machines seeming to have surpassed human performance in fields such as medicine, the future for AI technology promises to impact the ways in which human beings work. Still, the debate remains, can AI surpass human capability, or is it best used as a tool to aid humanity in work? With these questions in mind, the implications for the rise of AI on patents and Intellectual Property are also subject to debate.

With AI’s advanced functionality in fields such as medicine, the technology may well be on its way to creating its own technology and applications. At the end of 2016, Google’s Neural Machine Translation system was reported to have developed its own internal language to represent the concepts it uses to translate other languages. While this may only be the beginning of AI’s capacity to create, the evidence suggests that the technology may one day function with its own independent mind. AI having independent thought and the capacity to create has major implications for patents and Intellectual Property. With the World Intellectual Property Organization (WIPO) defining Intellectual Property as “creations of the mind, such as inventions”, the definition of “mind” in this context is left for debate: Whether a human mind or a robot mind. Still, AI can only create potentially patentable inventions. With this in mind, a human creator of AI technology that creates its own patentable inventions would logically own those patent rights.