The Evolution of Near Field Communication (NFC)

The Evolution of Near Field Communication (NFC) 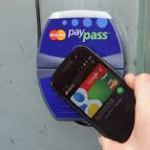 Near Field Communication (NFC) is a relatively new short-range wireless connectivity technology that has evolved from a combination of existing contactless identification and interconnection technologies. The earliest patent related to Radio Frequency Identification (RFID) was granted to Charles Walton in 1983 (US 4,384,244). The patent on the concept of RF powered transponder was filed in 1970 and granted in 1973 as US 3,713,148 to M. Cardullo and W. Parks.

Sony and Philips (now NXP) provided impetus to advance the NFC field in March 2002 by joining forces to establish technology specifications. Recently, two NXP engineers have been nominated for a prestigious inventors’ award from the European Patent Office (EPO) in recognition of the role they played in the development of the technology.

Near field communication is based on inductive-coupling. NFC works using magnetic induction between two loop antennas located within each other’s near field. NFC operates in a frequency range centered at 13.56 MHz and offers a data transmission rate of 106 kbit/s to 424 kbit/s within a distance of approximately 10 cm. NFC uses an initiator and at least one target device; the initiator actively generates an RF field that can power a passive target also known as a tag.

NFC is backward compatible with the Smart Card infrastructure based on ISO/IEC 14443 standard for proximity contactless smart cards as well as with the Sony FeliCa card standards. For the exchange of information between two NFC devices, a new protocol was developed and defined in the ECMA-340 and ISO/IEC 18092 standards.

Devices can operate in Active Mode or in Passive Mode. In Active mode, both devices with an NFC chip generate an electromagnetic field and exchange data. In Passive mode, there is only one active device and the other (e.g., a tag) uses that field to exchange information.

Within the two modes of communication there are three modes of operation defined in ISO/IEC 18092:

In card emulation mode, NFC-enabled phones can support the contactless card EMV payment application requirements specified in EMV CCPS v2.0 and embodied by American Express ExpressPay 2.0, MasterCard PayPass 2.0 and Visa payWave 2.1.1. Therefore, if the NFC device operates under the specifications of ISO/IEC 18092 in card emulation mode, it should be interoperable with a reader/writer (POS terminal) that operates under the specifications of ISO/IEC 14443.

In 2004, the NFC Forum was founded in by Philips, Sony and Nokia to further advance the development and deployment of NFC. The NFC forum develops Specifications which ensure interoperability of NFC units. Among the notable achievement, we list:

In 2006, the Nokia 6131 phone was the first device to provide NFC functionality.

In 2010, the Samsung NEXUS S became the first Android with NFC support.

In 2011, RIM became the first company certified by MasterCard to provide the PayPass functionality on their devices worldwide.

A list of phones with NFC functionality can be found here.

NFC applications can be split into the following three basic categories:

Touch and Connect enables peer to peer transfer of data such as downloading music, exchanging images or synchronizing address books.

Touch and Go applications, such as access control or transport/event ticketing, where the user needs only to bring the device storing the ticket or access code close to the reader can be used to pay for goods and services, buy transit tickets, etc.

Touch and Read enables sharing business card and reading of smart posters among many other applications.

The field of use of NFC technology is quite wide and ranges from simple applications such as the Easy Pass toll collection system and pet tagging to complex electronic pay systems such as BlackBerry Wallet, Apple Pay and Google Wallet.

Zipcar is another example of a disruptive business model enable by NFC technology. Zipcar is a car rental company that provides automobile reservations to its members, billable by the hour or day. Zipcar members pay a monthly or annual membership fee in addition to car rental charges. Members can reserve Zipcar online or by phone at any time, immediately or up to a year in advance. Zipcar members have automated access to Zipcar using an access card which works with the car’s technology to unlock the door, where the keys are already located inside. The system relies on wireless and internet communications to operate and it is enabled by an RFID transponders located on the windshield that communicates with the card to lock and unlock the doors of the vehicle.

New, interesting applications of the technology keep popping up, however, like any communication systems, security is always a concern.”

NFC technology development and deployment has come a long way since the initial drive in 2002. Has it reached the point where, as allegedly stated by the U.S. Patent Commissioner in 1844, “The advancement of the arts, from year to year, taxes our credulity and seems to presage the arrival of that period when human improvement must end.” We don’t think so. Many more innovations are surely in the works in the NFC world.

TechPats specializes in many technical areas such as near field communication. Have a project in this of another field of technology? Contact us today.