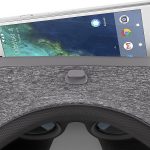 The global smartphone market is estimated to be over $400 billion with the two largest market shares going, obviously, to Samsung and Apple with 22 percent and 12 percent market share, respectively.  With Apple handsets making up 12 percent most other devices, around 85 percent of them, run a version of Android as the operating system.  Google has slowly streamlined Android to incorporate a user’s personal information to create a more individualized experience.  With such wide adoption of Android, Google has recently announced its first line of hardware that will take advantage of all the information Google has collected to make each users’ experience even more unique.  The new Google hardware is headlined by the Pixel and Pixel XL smartphone devices running Android “as it was meant to be” with a few Pixel-only features, most notably the Assistant which is Google’s version of AI such as Siri or Cortana.  The Pixel is a typical smartphone design very similar to Apple’s iPhone and Samsung’s Galaxy phones and knowing how highly contested the IP landscape is over smartphones, with the Samsung/Apple case recently going to the Supreme Court, Google must have a strong strategy for defending their IP considering they are so late to enter the mobile market.  One example of this could be their choice to not have a home button on the front side of the Pixel.  In both of the design patents involved in the Supreme Court case that described the ornamental design of an electronic device, a round button was shown on the lower portion of the screen. Perhaps by placing this button on the back side of the phone Google was trying to design around smartphone patents and hoping to avoid a similar, potentially very long and expensive suit. 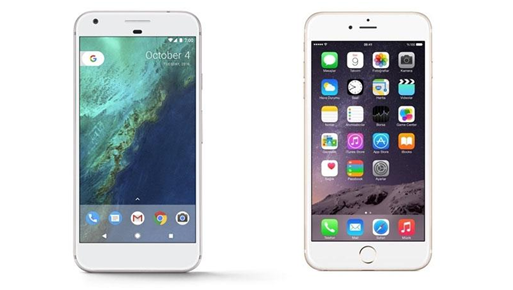 Other superficial similarities to competitors’ products include the VR headset Daydream, similar to Samsung’s Gear VR; Google Home which has been compared to to Amazon Echo; Chromecast similar to streaming devices from Roku and Amazon. Again, however, there may be signs of Google designing around existing products, potentially for improved function or IP purposes.  For example, the Samsung Gear VR and many VR headsets have motion sensors built in to the headset and do not rely on the sensors already present on the devices used as the display.  For their VR solution, Google has omitted the sensors on the headset itself and instead does rely on the on board devices on Daydream-ready devices like the Pixel.  This could be just a way to reduce the cost of the headset or it could be another example of designing around existing products of the competition.  One interesting omission in the portable VR market is Apple, although a patent recently granted to Apple, US Patent No. 9,429,759, suggests that the VR market has not been totally ignored by Apple. 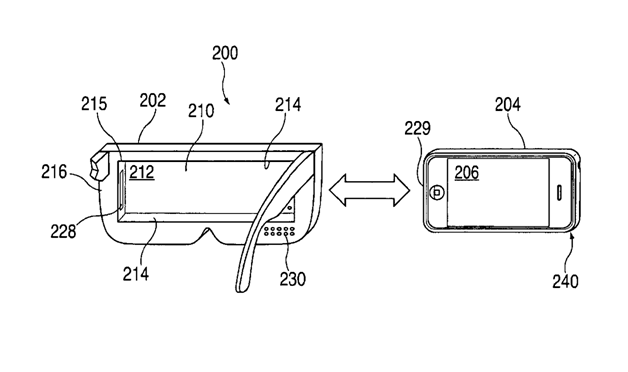 Each major player in the computing/mobile market also now appears to have, or are developing, their own AI personality to enable voice interactions with the user.  With Google’s incorporation of Assistant, an apparent evolution of Google Now, into the Pixel devices other Android-based smartphones may be unable to use Assistant or could be limited in the available features available.  Samsung is set to release own AI called Viv on the next Galaxy smartphone, the S8.  Viv is developed by a newly acquired company of the same name and run by a member of the team that developed Siri.  Microsoft has Cortana and Amazon uses Alexa.

The Internet of Things (IoT) is another growing market in which many of these companies are trying to get a foothold, and devices that can tap into AIs like Assistant and Alexa can increase consumers’ willingness to adopt a certain platform.  Google’s Home and Amazon’s Echo can react to voice commands to control home automation products like Hue lightbulbs and thermostats as well as control multimedia by responding to commands to play music or even queue up videos from Netflix and YouTube.  Samsung and Apple also both have platforms, Smart Home and HomeKit respectively, to tie into household appliances like laundry machines and refrigerators.  Samsung may have an advantage in this area since Samsung also sells many of these appliances already although adoption has been slow do due security and privacy concerns.

In such fragmented, evolving markets such as home automation and IoT devices, it is interesting that companies with large captive markets like smartphone makers are starting to develop product lines that can leverage existing technology and customer bases to lower the risk of entering these markets.