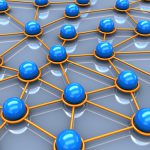 Wi-Fi home networking has become universal in recent years. With the growth of cord-cutters and streaming media services, users have demanded higher performance with their home networks. The Internet of things (IoT) which promises to offer more connected devices will only add to the need of better networks. Wi-Fi routers and networking devices have evolved greatly over the years, but today have reached commodity status. Users however, still seem to have the same complaints – spotty coverage in the home, poor throughput, and intermittent performance. New technology and products are currently offered with the promise of addressing many of these performance issues. This technology is based on “mesh networking.”

Standard Wi-Fi networks usually consist of an access point or base station, placed in a central location in the home that communicate with each of the client devices. Mesh networks, which offer peer-to-peer support, place a device, or node, at different locations throughout the home. Each of these devices communicate with each other, forming a “mesh” which allows for a stronger signal over a wider range. Devices then connect to the closest node, rather than the central base station to provide a more reliable network connection. 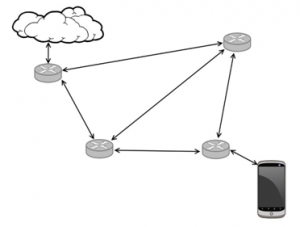 Mesh Network Topology
Mesh networks have been around for a long time, primarily for military or commercial applications. In 2005, the MIT Media Lab first proposed the One Laptop per Child (OLPC) project to offer low-cost computers to the world’s poorest children. These devices were to use Mesh Networking technology, using the 802.11s standard to offer Internet connectivity in locations with severely limited network access. Recently, Mesh Networking products have entered the home networking market. A number of new companies, such as Eero, have begun offering products, in addition to more established players, such as the Netgear Orbi. Of course, Google is also making a play in this space, as well, with their Google WiFi product. These products all claim to offer improved coverage and performance, replacing traditional boxy home-router products, with more contemporary, small white appliances. 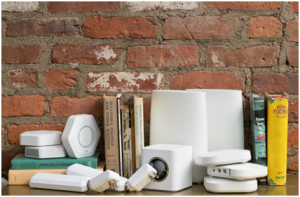 Mesh Networking Home Networking Products
In addition to improved performance, these products claim to offer easy installation and maintenance through smart phone Apps or web portals, addressing the complex administration issues that may have plagued earlier products. The downside to such new products is the cost – kits including multiple nodes can range from $300-$500 for a typical installation.

Mesh Networking has been around for some time. New products, utilizing standard as well as proprietary technology, are starting to become more popular in the home market. These products will offer improved performance as the home user’s networking needs become more demanding. Like all new products, they demand a price premium today, but will become more affordable over time.