Self-Driving or Autonomous – What is the Difference?

Self-Driving or Autonomous – What is the Difference? 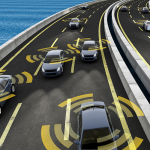 More car and technology companies have been teaming up to develop technology that makes a self-driving or autonomous car available to the consumer.  With the increase in awareness of these vehicles, are the terms self-driving and autonomous, in reference to a vehicle, the same?

The current NHTSA Federal Automated Vehicle Policy, which sets the testing guidelines for US DOT, has adopted the SAE International definitions for the levels of automation for vehicles.  These definitions divide vehicles into 5 levels, each with an increasing amount of automation and a decreasing amount of driver involvement.  The following outlines the specifics of each level.

Based on these policy definitions, an autonomous vehicle at levels 4 and 5 certainly is self-driving, but a self-driving vehicle at level 3 is not autonomous as it is limited in the operating environment and requires a human driver that can take control when needed.  Cars with self-driving capability are currently available, with car manufacturers continuing to add this feature to more models each year.  Analysts predict that by 2020 cars with self-driving capability will take off and be widely available.  When autonomous cars will be available to the public will require innovations in sensor technology for size, manufacturability, cost, an expanded detailed map database, and public acceptance.  Analysts predict that by 2030 autonomous vehicles will be in use in cities and urban areas.