Self-Driving cars: Coming to a Showroom Near You…Someday

Self-Driving cars: Coming to a Showroom Near You…Someday 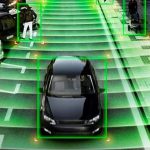 It finally happened a few months ago. One of Google’s Fleet of self-driving cars (it was a Lexus) was at fault in a traffic accident. The car “thought” a bus would slow and allow it to merge into traffic, and when it did not the car struck the side of the bus at slow speed. To add to that, just a few weeks later, Google was issued US Patent 9,280,710 – Bus Detection for Autonomous Vehicle. While certainly ironic, the patent, in fact, describes identifying a large vehicle as a school bus by examining size and color of the vehicle, whereas the Google car was involved an accident with a public transportation bus. While our human minds might think there is little difference, it starts to indicate how complex a task that Google (and others) are attempting. Some additional 3000 decisions were added to the computer code running the vehicle just to help mitigate that one event from happening again. It should make anyone marvel out at how complex our brain is, and how we can perceive and instantaneously process all our sensory data to make sure we don’t hit the bus (of course, sometimes we still do).

Google’s fleet of cars has been driven over 1,000,000 miles without a significant event such as this. That seems astounding, and certainly, the technology must be close to mature. If one of the goals of self-driving cars is to provide a safer ride by reducing accidents and fatalities, a recent study by RAND said that autonomous vehicles must log about 275,000,000 miles of test before the relative safety of the autonomous vehicle can be judged compared with human driven cars. That’s the equivalent of 20,000 vehicles driving the national driving average of 13,750 per year, although if you put those same vehicles (if we had that many) on the road around the clock averaging 30 mph, the task would take less than three weeks.

There are still challenges to mainstream adoption for both technology and regulation. On the technology side, the “eye” of the autonomous vehicle is a LIDAR system. These automotive LIDAR systems still cost 10’s of thousands of dollars each so technology will need to become much more commoditized before autonomous cars are affordable to the general population . LIDAR is a laser-based ranging system, similar to radar, but using laser light instead of radio waves. It is sometimes mistakenly thought to stand for Laser Radar, but it is actually an acronym for Light Detection and Ranging. These LIDAR vision systems are much more advanced than the various types of vision systems used in current generation vehicles for driver assistance features; such as automatic braking, lane change assist, or adaptive cruise control, where a more limited field of view can typically be tolerated. By contrast, the autonomous vehicle needs a constant 360-degree view of its surrounding environment. This is typically accomplished by a rapidly spinning mirror sweeping the laser beam around the vehicle. Objects and their distances are identified from the reflected laser light bouncing back to the detector in the LIDAR unit.

Still, the technology leads the law and regulation. To date, only Nevada, California, Florida, Michigan, North Dakota, Tennessee, and Washington D.C. have passed laws authorizing operation of autonomous vehicles. So, it still might be a while before you walk into any dealer showroom in any state to buy one to put in your garage.