TechPats has a wide range of technical experts with extensive experience in, R&D, product development and development of wireless standards.

TechPats has expertise and experience in the following technology areas with a specialization in Cellular and WiFi communications.

Characterization of the Area/Industry Impact

Each wireless communications technology has its own set of protocols that are covered by standards. The standards are used to provide interoperability between devices and network infrastructure, regardless of the manufacturers. From an IP (Intellectual Property) perspective, wireless technologies demark themselves from many other technologies in that they rely heavily of standards. The standards provide a reliable and inexpensive source of EoU (Evidence of Use) for showing that a patentee’s rights are being infringed upon by others. In addition, widespread adoption of a particular standard typically means that there are huge sale revenues tied to products that comply with the standard, making patented technologies covering features of a standard very attractive for monetization of IP rights.

These advantages associated with standards applicability are somewhat offset by the fact that patents that have been declared as being essential to standards are subject to FRAND (Fair, Reasonable And Non Discriminatory) terms, which limits the revenues a patentee can collect for royalties. Nonetheless, monetization of IP covering wireless standards-based functionality continues to thrive in the current IP environment.

Although standards can provide a very effective source of EoU for patented technologies reliance on standards is not always sufficient for our clients’ purposes and more direct EoU is required to show infringement. For example, although a device may be compliant with a particular feature described in a standard, the feature may be an optional feature described in the standard, as opposed to an essential feature. Furthermore, even if a feature is described as an essential feature within a standard there are circumstances in which such features are seldom used or never used at all. In addition, a patented invention may include certain features that may not be covered by or described in a standard. Thus in some cases we need to seek out other sources of information to obtain EoU. The sources of information include publically available literature, testing and reverse engineering.

TechPats Approach and Differentiation – Our Solutions to Industry Issues

TechPats has an impressive wireless test lab for investigating wireless communications. We have unique test capabilities which, among other test capabilities, can be used to passively monitor uplink and downlink communications between a mobile device and a cell tower. We have been conducting tests in both the lab and in live networks for a number of year and have gained extensive knowledge on what features are being implemented in real-world commercial installations/networks. For live network testing, we have unique capabilities that are un-paralleled in the industry. For each of the lab and live network testing environments we have a number of available solutions thereby allowing us to tackle a broad scope of projects and select the most optimal solution for each project.

Although standard specifications and our testing capabilities can be very useful in finding EoU, these sources of information are not always sufficient to provide the required EoU. TechPats also has hardware and software reverse engineering capabilities that can be useful in providing means for uncovering EoU and allow us to provide full-service capabilities for EoU for wireless technologies.

TechPats has an extensive team of technical experts covering a number of wireless technologies, each with 10 years or more of experience in his/her technical field. Our team includes experts that have extensive knowledge of the related standards in their field and many have participated in the development of the standards.

TechPats services in the wireless technology areas, include: 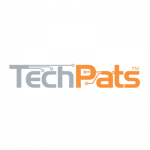